I believe in one God, the Father almighty.

I believe in one Lord Jesus Christ, the only Begotten Son of God, born of the Father before all ages. God from God, Light from Light, true God from true God, begotten, not made, consubstantial with the Father; through him all things were made. For us men and for our salvation he came down from heaven, and by the Holy Spirit was incarnate of the Virgin-Mary, and became man.

For our sake he was crucified under Pontius Pilate, he suffered death and was buried, and rose again on the third day in accordance with the Scriptures. He ascended into heaven and is seated at the right hand of the Father. He will come again in glory to judge the living and the dead and his kingdom will have no end.

I believe in the Holy Spirit, the Lord, the giver of life, who proceeds from the Father and the Son, who with the Father and the Son is odored and glorified, who has spoken through the prophets.
I believe in one, holy, catholic and apostolic Church.
I confess one baptism for the forgiveness of sins and I look forward to the resurrection of the dead and the life of the world to come.

For you yourselves know, brothers, that our acceptance among you was not empty. Instead, having previouly suffered and been treated shamefully, as you know we had confidence in our God, so as to speak the gospel of God to you with much solicitude. for our exhortation was not in error, nor from impurity, nor with deception. but, just as we have been tested by God, so that the gospel would be entrusted to us, so also did we speak, not so as to please God, who tests our hearts. and neither did we, at any time, became flattering in speech, as you know, nor did we seek an oppurtunity for avarice, as God is witness. nor did we seek the glory of men, neither from you, nor from others. and although we could have been a burden to you, as Apostles of Christ, instead we became like little ones in your midst, like a nurse cherishing her children. so desirous were we for you that we were willing to hand over to you, not only the gospel of God, but even our own souls. for you remember, brothers, our hardship and weariness. we preached the gospel of God among you, working night and day, so that we would not be burdensome to any of you. you are witness, as is God, of how holy and just and blameless we were with you who have believed. and you know the manner, with each one of you, like a father with his sons, in which we were pleading with you and closing you, bearing witness, so that you walk in a manner worthy of God, who has called you into his kingdom and glory. for this reaso also, we give thanks to god and without ceasing: because, when you had accepted from us the word of hearing of God, you accepted it not as the word of God, who is working in you who have believed. for you, brothers have became imitators of the churches of God which are at judea, in Christ Jesus. for you too, have suffered the same things from your fellow country men as they have suffered from the Jews, who also killed both the lord Jesus. and the prophets and who have persecuted us. but they do not please God, and so they are adversaries to all men. So we can imagine for waht is our hope, and our joy and our crown of glory? is it not you, before our Lord Jesus Christ at his return? for you are our glory and our Joy.

HAPPY SUNDAY GOD BLESS ME, MY PARENT, MY FAMILY, MY FRIENDS, AND MY BROTHERS also  ALL OF PEOPLE
Posted by Unknown at 1:32 AM No comments:

Sumber: S dan L – Amerika Serikat
Posted by Unknown at 1:51 AM No comments:

Draw me close to YOU

The way in my life

1. Never understand my self on what i want to be!
That right who body knows what is become to our life. Expecially with me i dont know what is going on until now, but i knows i standing up in my future and sometimes needed to refreshing my mind to thinking about something. Really life is make crazy and have to wind up for all of. Hence, i don't care what's happening in the present and in the future because i knows God not silent and looking for my stuff. Just trust and forward on Him and do the best it's make me happy.

3. The way to do are:
4. Understand each jobs first!
This chapter make me crazy, when i was study some papper i have to three times to understand what is the content and not just only three times more than it..i don't know the papper has highes impact factor or my mind not enough to understand. But i never give up,..try..try..try,,and try more to showed the result and can explain for me...hehehe..just explain for me..at least make my mind understand.

So if you can't do the thing you love, please love the thing you do!!(mrs.Suwirnol S.) the last presentor seminar 1(trainer, consultant and auditor)
Posted by Unknown at 11:32 PM 1 comment:

Never understand my self on what i want to be!!

The first i shared about what is my dream in my life. I was born in a villages Hutatinggir 25 years ago. I think my life
Posted by Unknown at 8:55 PM No comments: 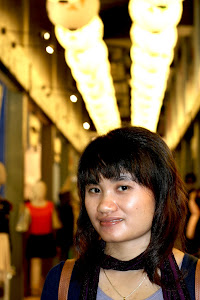